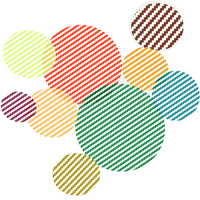 With funding from Status of Women Canada, the Atwater Library and Computer Centre partnered with schools and community groups to help girls and young women (under 25) achieve their economic potential. Partners include: Inter-tribal Youth Centre Quebec Board of Black

END_OF_DOCUMENT_TOKEN_TO_BE_REPLACED 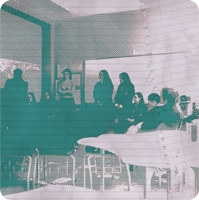 Workshops were organized in direct collaboration with partner organizations, strategically hitting on the factors identified in the community needs assessment. Topics included, combined, expanded and were not limited to: brainstorming fundraising project planning and management digital photography skill-share photo editing

END_OF_DOCUMENT_TOKEN_TO_BE_REPLACED 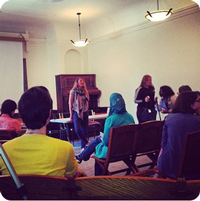 Girls of the Hood Conference

Organized by participating girls for girls, the Girls of the Hood conference showcased neighborhood projects with the goal of helping girls and young women overcome barriers to economic prosperity. Mélanie Joly gave the keynote address on “Dare to be yourself” and

END_OF_DOCUMENT_TOKEN_TO_BE_REPLACED

About Strengthening the Economic Prosperity of Girls and Young Women

Since the 2008 economic downturn the media has been awash in stories of young Canadians carrying too much debt, not saving enough and chronically over-spending to the detriment of their economic future. In 2009 the Government of Canada appointed a national Task Force on Financial Literacy, co-chaired by Donald Stewart, CEO of Sun Life, and Jacques Ménard, former chair of BMO Nesbitt Burns. In their report, issued in December 2010, the Task Force called for a major financial literacy thrust by governments and stakeholders, and emphasized the key role of community organizations such as the Atwater Library in delivering financial literacy initiatives and reaching out to the most vulnerable Canadians.

While the consensus is that young Canadians need more formal financial literacy training, what is lacking is an understanding of the gender-based barriers faced by young women today and what strategies need to be employed to ensure their economic success and full participation in the marketplace. Many young women today operate under the notion that gender inequality in the workplace is a thing of the past.
While women have made significant gains since the 1960s and are well represent-ed in university graduating classes, the fact remains that girls and women continue to face a number of barriers to fulfilling their full economic potential.

In 2012, the Atwater Library was awarded a two-year grant from Status of Women Canada to address these issues in partnership with girls and young women in the Montreal area. Read about what we learned from the Needs Assessment and how we integrated it all into a Girl Led Approach to Strengthening the Economic Prosperity of Girls and Young Women.

The workshops, the conference and the direction of this project was directed by the young women whose economic barriers were being addressed. We collaborated with the participants themselves to provide programming that met there needs....

The three factors that were identified most frequently as barriers or challenges to young women’s economic prosperity by the community leaders were education, social class and cultural competencies. Other significant factors include financial, digital and information literacy, role models, self-esteem...